A Sobering Lesson from Choosing the Wrong Moving Company

Opting for mobile storage units is the absolute best way to protect yourself from the antics of a shady moving company! Unfortunately, these less-than-stellar business practices are probably much more common than you think. Continue reading to find out more about how this type of scam continues to affect homeowners, living in Canada and beyond.

No Unexpected Fees with Mobile Storage Units for Rent

CBC Marketplace uncovered numerous dishonest tricks among moving companies. Many companies offer reduced rates or special discounts to entice people into hiring them. When the bill is delivered, however, some ask for more money than was originally agreed upon.

Some homeowners have been charged after the fact with fees for flights of stairs, heavy items, or even a “long walk.” Some were even told that if they didn’t pay, the work would not be finished.

Unfortunately, movers in Canada are not required to be licensed to operate their business. This does not allow for regulations to protect Canadians from shady companies.

In 2010, Toronto police shut down moving companies that allegedly extorted their clients. Toronto City Council lobbied for licensing requirements for moving companies, but the province refused the request, and has not allowed the new licensing program.

Some homeowners are horrified to discover that their belongings are being held for ransom. They’re typically told, on the morning of moving day, that they’ll have to pay a large cash deposit or additional fee to get their possessions back. If they don’t pay, everything will land in the trash.

Many people, who were lucky enough to get all of their stuff,  reported that items had been damaged during the move.

In 2013, an Ontario man operated a fraudulent business that went by the name SIA Transportation. An employee reported shady dealing to police, who identified ten victims. Police said that they discovered “multiple items” that they believed were obtained by fraud.

Sadly, according to StagingWorks Toronto, the number of fraudulent moving company complaints is on the rise. Data provided by the Better Business Bureau indicates an approximate annual increase of 13 percent. The Bureau ranked movers fifth, in regard to overall number of complaints.

Use a Company That Stands Behind Their Reputation

Considering the use of mobile storage units for rent eliminates the possibility of being scammed by a less-than-reputable moving company. This way, you can do the work yourself.

Thank you for your feedback! 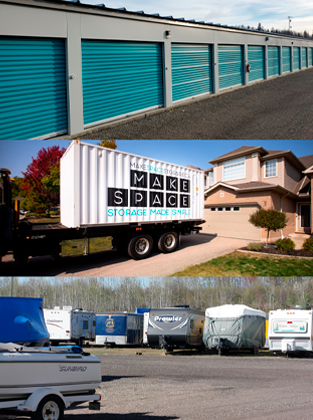